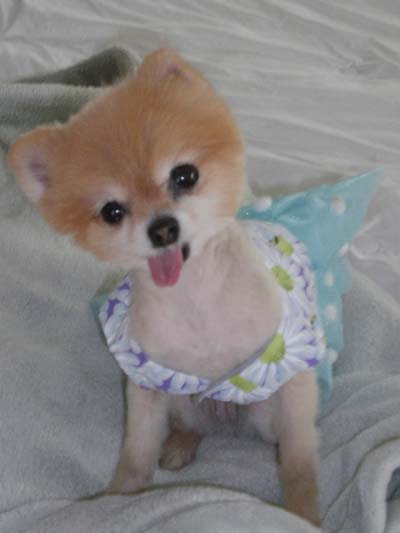 With regret and tears we mourn for the passing of Teentsy.

Born about 1997 - Passing from us March 13, 2012 "Marilyn's Voice has lost our beloved mascot, Teentsy. She passed away in Kristina's arms knowing she was loved by not only her adopted family; but also by her Marilyn's Voice family.

Because of Teentsy and her ability to connect with those drawn to her, hundreds more people have been educated about puppy mills and the devastating toll they take on the breed dogs who live their entire lives suffering in cramped, despicable wire cages. Her legacy, like Marilyn's, will continue to live on as we move forward trying to accomplish in years what she could accomplish in less than 30 seconds when people heard her story.

She is missed dearly.

I know I'm cute, every one tells me so! The story about how I came to be Marilyn's Voice's newest "spokes-pup" is not so cute, though. It all started when I was about 8 years old in January of 2008 when the terrible place I was living was raided by local authorities. These nice people came in to rescue all of us and I kept hearing the words, "Puppy Mill." That was the first day of the rest of my life. I was immediately taken to the vet, where I was given all my vaccinations and spayed. THANK GOODNESS, no more puppies for me! I really hated living in a box for all those years and being bred was no fun, plus it took a toll on my health. The nice vet explained to everyone that the puppy mill operator had obviously removed my teeth herself ...probably with pliers! Why? Well, I had very bad teeth because of a lack of nutrition and chewing on the cage bars, so my teeth began to rot. The breeder knew it would be expensive to have a dental done at the vet and that would cut into the profit. I was so small she thought I could make her a lot of money by selling my puppies, so she took them out herself. Ouch! 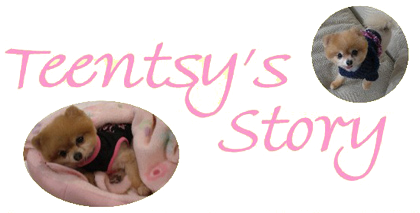 Since I didn't get the medical care I needed, I lost my lower jaw to infection. That made it hard for me to eat. But boy how that has changed! Now I get special food that is easy for me to eat, as well as lots of TLC, and that makes me one special girl!!

After being rehabilitated by my foster mommy, Sheila, my quest for a new home began. When the people at Marilyn's Voice learned about me they knew they had to have me. Since they specialize in puppy mill dogs they were the perfect people to help me learn about being a normal dog. Mommy Kristina flew 500 miles to Louisiana to pick me up and take me to my new home. Now that my new home is with her, I get spoiled and am called "A Princess!" Today my life is so different, in a good way. I am a mascot, which is a very responsible job. I travel all around and people learn about puppy mills through me. When they meet me they instantly want to learn about my previous home and why any type of animal should be treated with such cruelty. All I have to do is sit there and act cute while mommy and the others talk about puppy mills. Oh, one more thing! If You tell everyone you know about puppy mills and pet stores, maybe together, we can close them all! 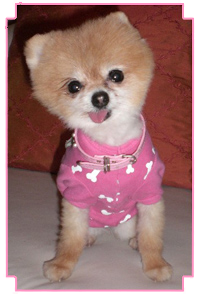 Kristina meets Teentsy and her foster mother, Sheila, for the first time. Everyone was thrilled that the local TV station filmed the whole event helping spread the word about puppy mills.